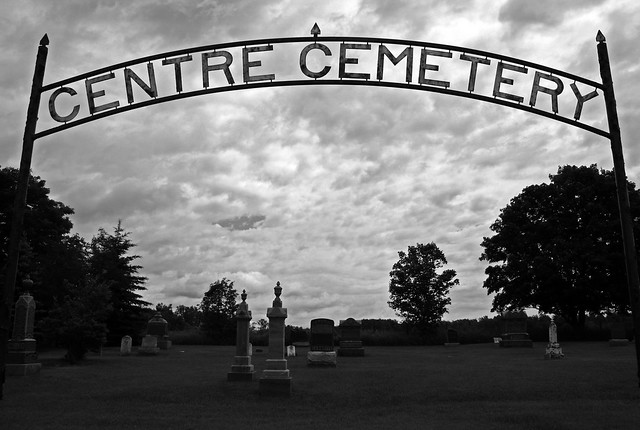 Hello fellow travellers, it's been a while.

Throughout the spring and summer of 2014, we were accompanied on our adventures across Ontario by award winning documentary filmmaker David Ridgen. We traversed the province to and fro exploring abandoned buildings and became friends in the process. The end result is a 15 minute documentary short entitled 'Love Song For The Apocalypse' which played to two sold out world premiere crowds at the Slamdance Film Festival in Park City, Utah in February 2015. 'Love Song For The Apocalypse' will be at a film festival near you for your viewing pleasure soon.

One of the houses we explored with David in tow was the eerily haunting Centre Cemetery House.

Buried deep in years of overgrown vegetation, adjacent to the manicured lawn of the cemetery, the eclectic Centre Cemetery House is one of those abandoned houses that stays with you long after you leave it behind.

Most of the previous inhabitants possessions remained. Dirty dishes rested in the sink and the cupboards were packed with non perishables and bottled water. Gas station calendars dating from 1942 to 2010 lined the makeshift plywood walls that make up the hallway and bedrooms. Closets and dresser drawers were filled with folded mens clothing and blankets. A steam trunk contained a plethora of personal documents and photographs. Books still lined the shelves of a bookshelf, sorted alphabetically by author's last name.

It was as if someone just disappeared.

We explored in our natural fashion, Ninja and I. David; a mere shadow.

Oddly, several holes have been purposely cut in doors and walls, and wooden ramps have been built for critters to gain access to different parts of the house. Adding to this, overflowing litter boxes line the hallway to the bedrooms. Every squirrel and raccoon and mouse and every other critter imaginable has a ton of man made POE's to choose from to gain entry. It boggles the mind.

Oh, and did I mention Marilyn Monroe?

Manoeuvre through the incredibly dense brush and come on in... 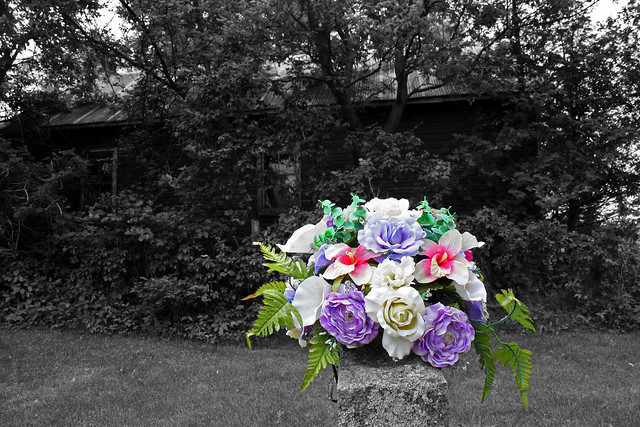 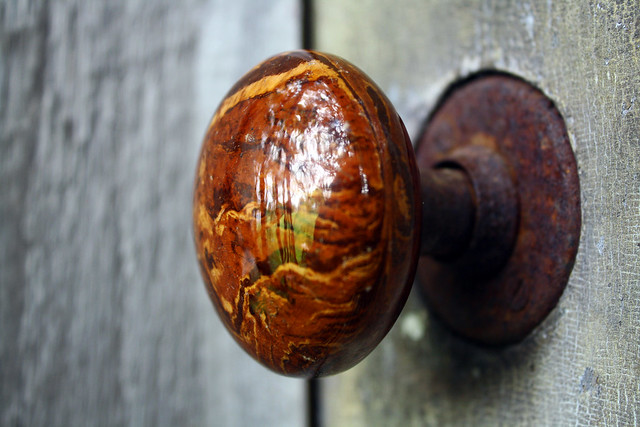 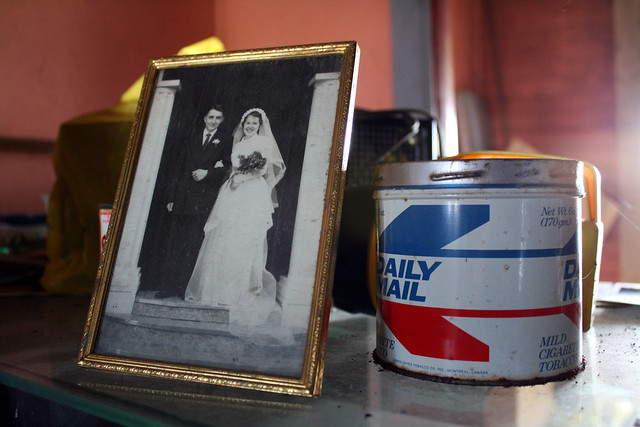 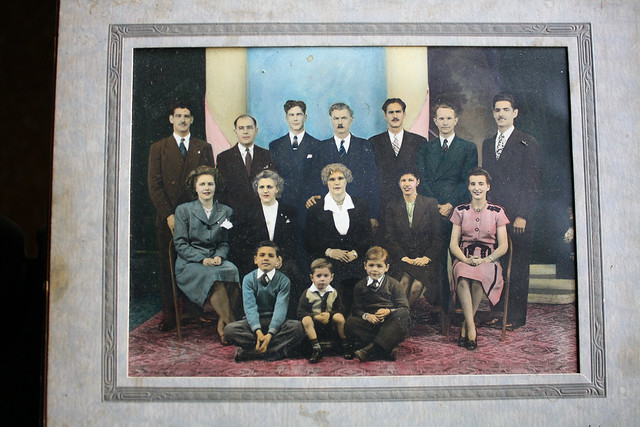 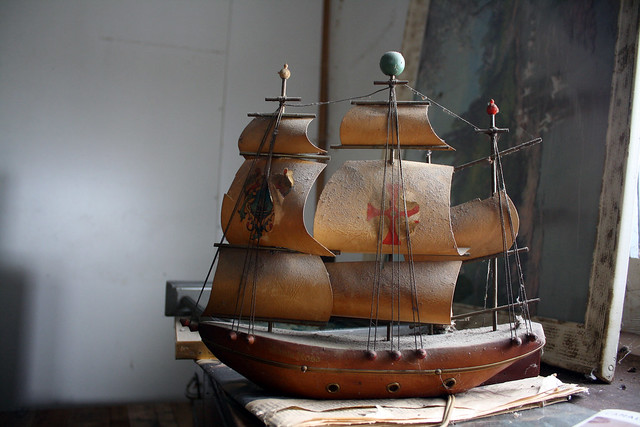 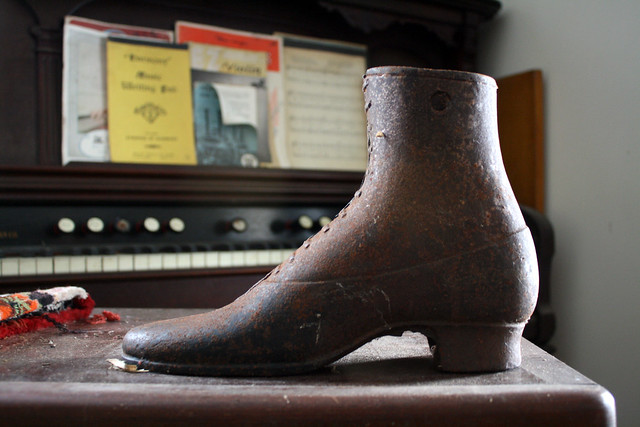 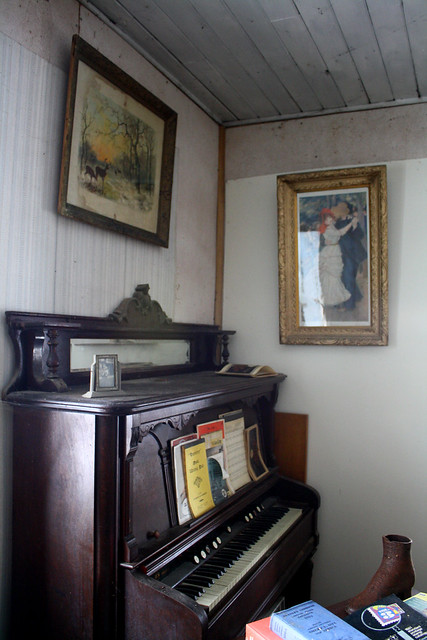 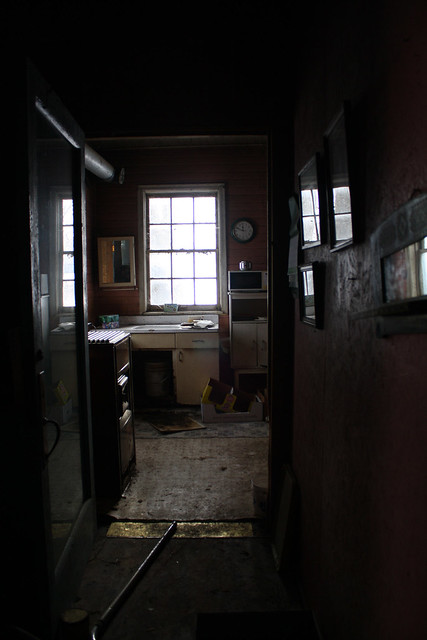 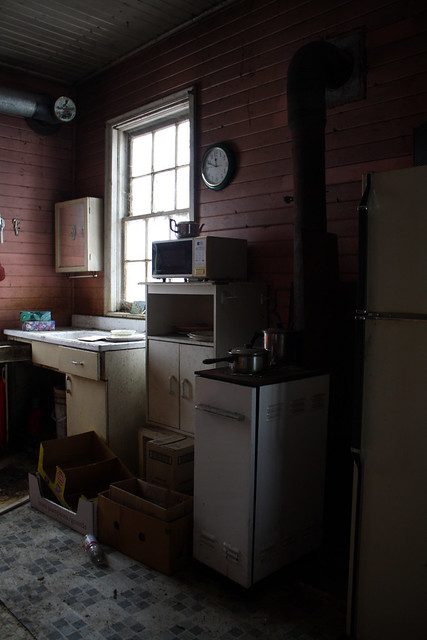 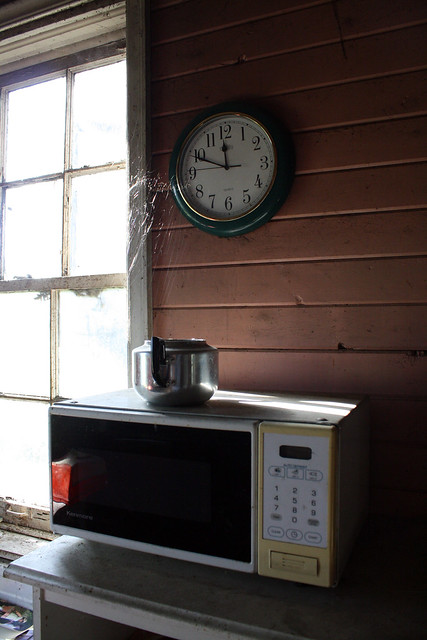 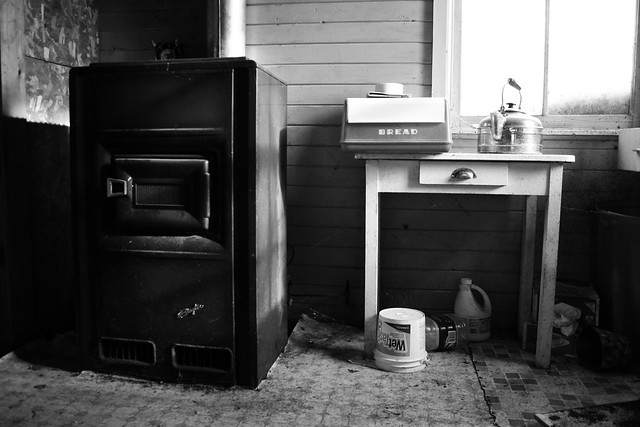 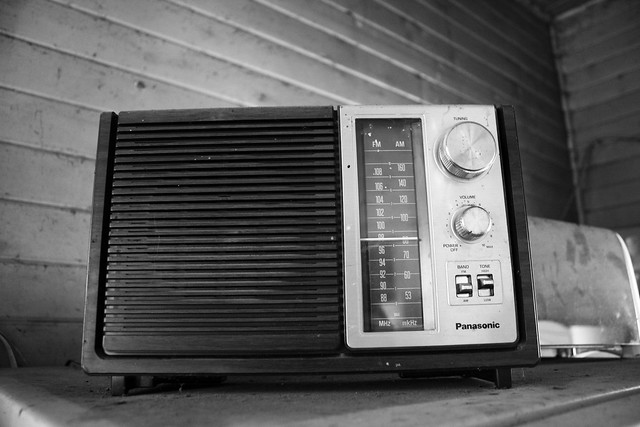 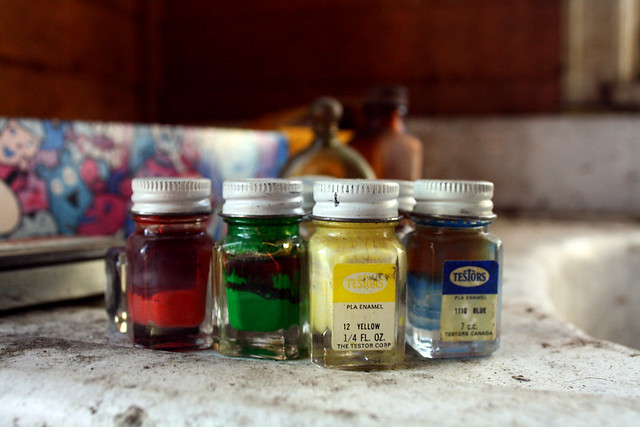 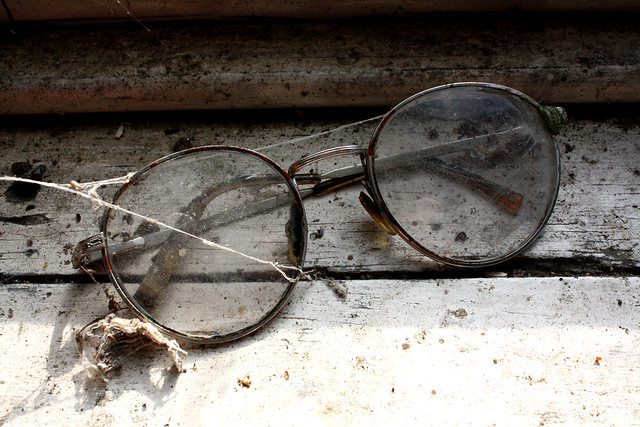 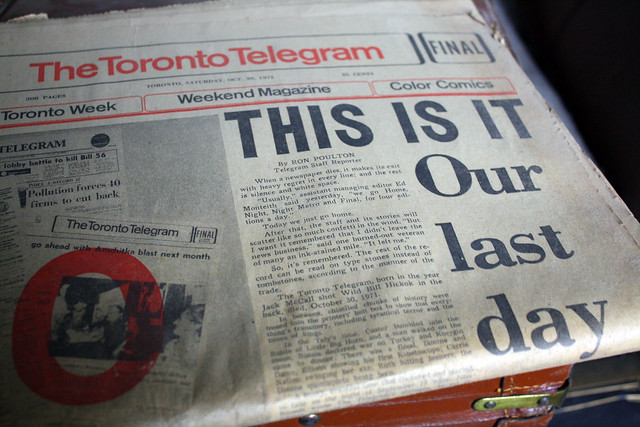 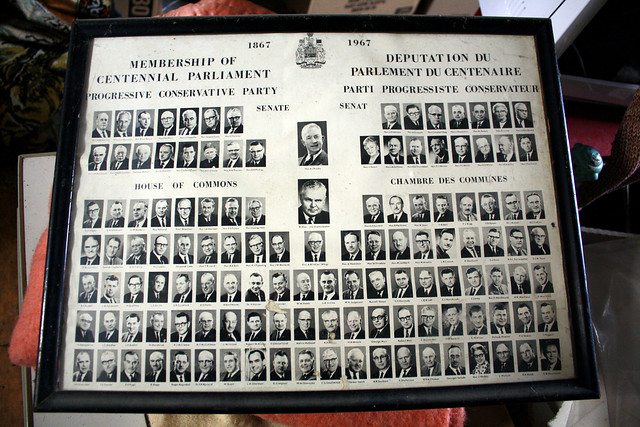 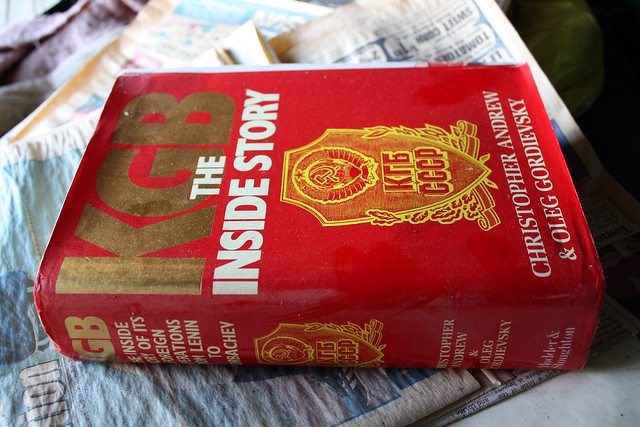 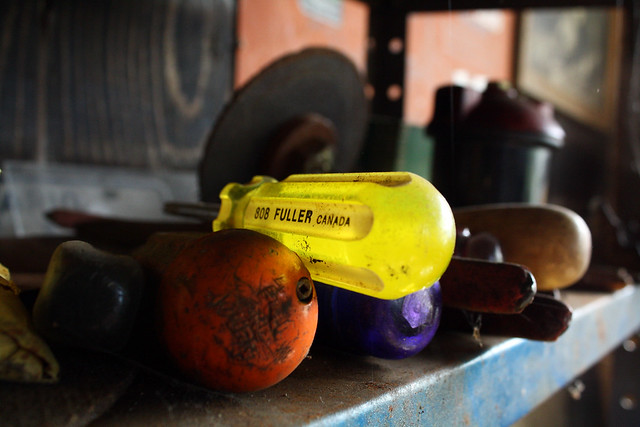 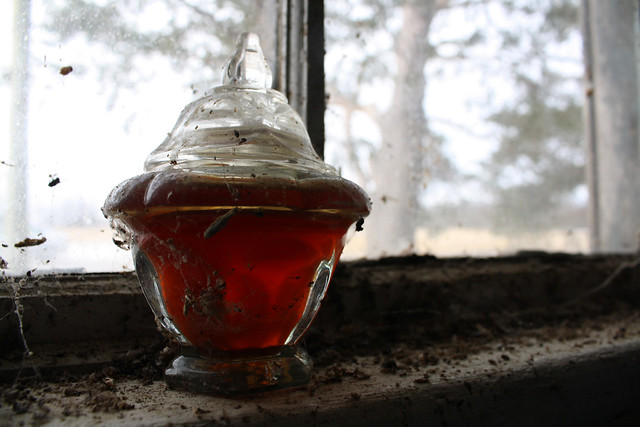 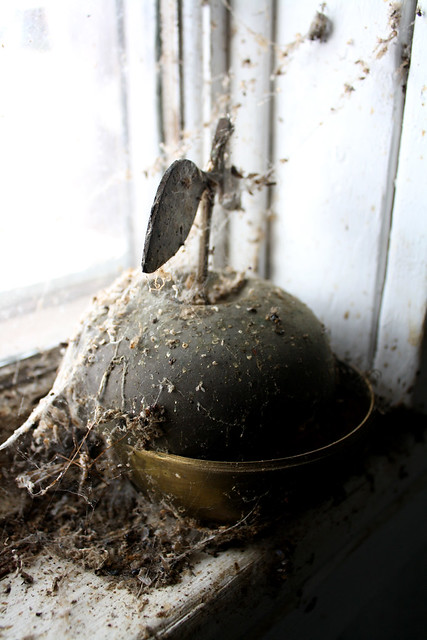 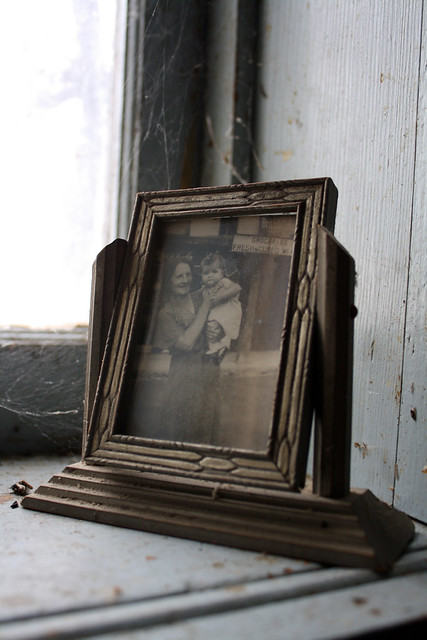 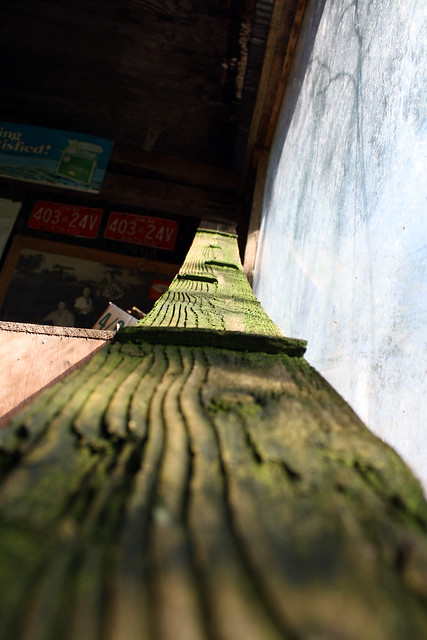 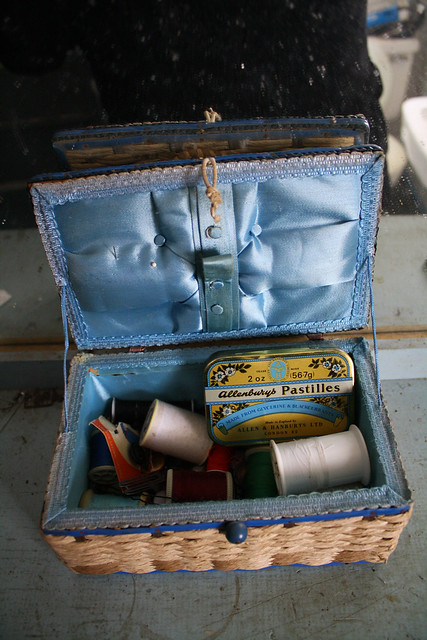 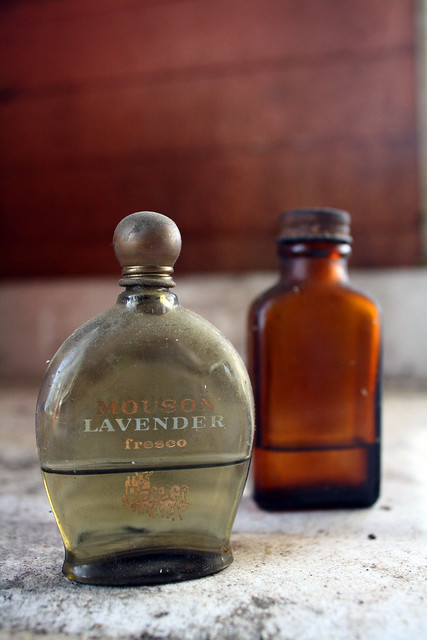 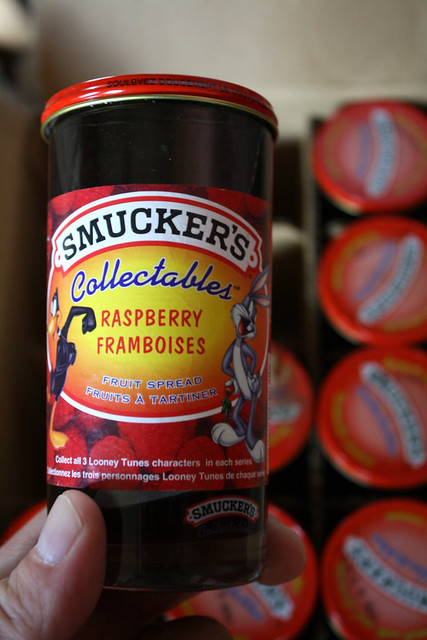 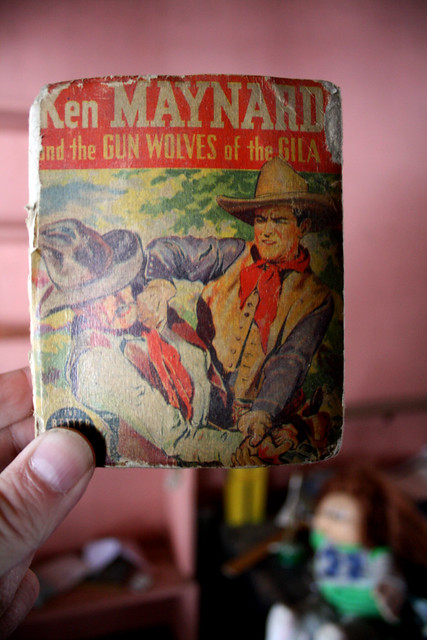 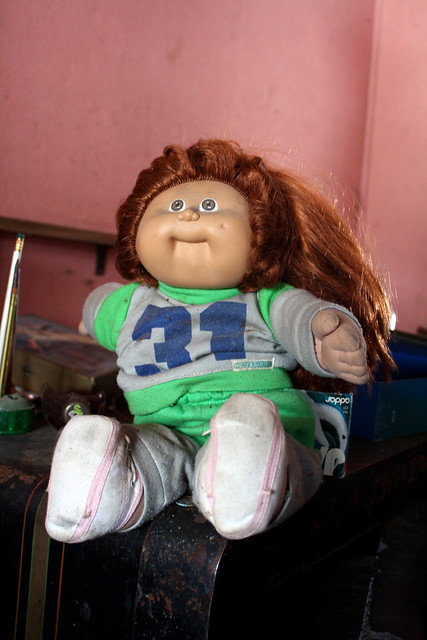 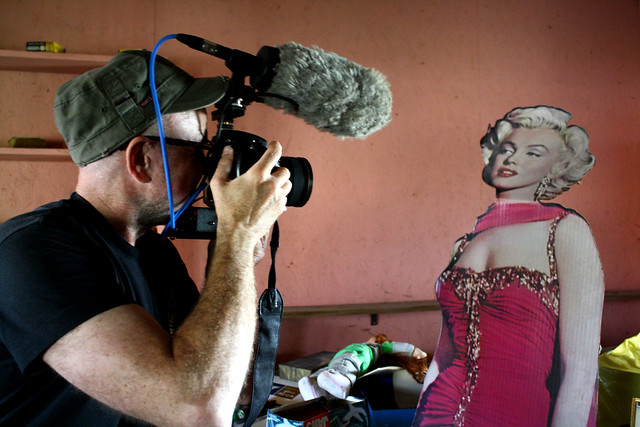 Thanks for taking the time to come by and visit, I appreciate it.

Stay tuned here for updates on 'Love Song For The Apocalypse'. 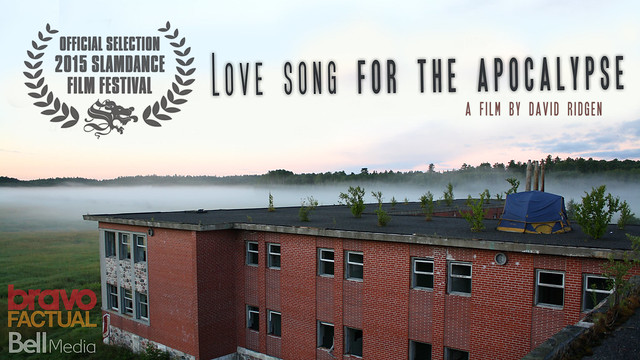